Some spoilers are unmarked! 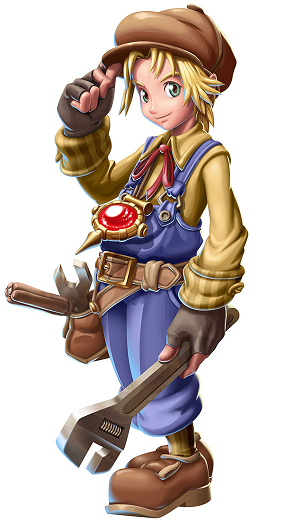 "I guess it's easiest to start at the beginning."
Voiced by Megumi Kubota (Japanese) and Scott Menville (English).

The son of the wealthiest man in the town of Palm Brinks. Max is a kind 13-year-old kid, who's also handy with a camera and has a very strong knowledge of machinery. He has been chosen by the Red Atlamillia. His weapons of choice are Wrenches, Hammers, and Guns, and he can control Steve the Ridepod after he helps Cedric fix it up. 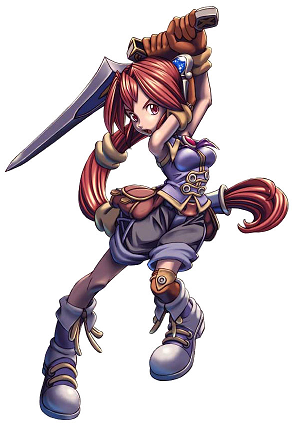 "I don't think he'll stop until he's wiped the entire world. So... someone has to stop him."
Voiced by Hiroko Takaguchi (Japanese) and Anndi McAfee (English).

The daughter of King Raybrandt, Monica is a 15-year-old girl from the future that has been sent to the past to prevent its destruction. She holds the Blue Atlamillia. Her weapons of choice are swords and magic armlets, and by equipping medallions, she can transform into monsters.

A robot built by Cedric, the Ridepod is given to Max halfway through Chapter 1 as a way of dealing with enemies too powerful for Max to handle on his own. Through the photography and invention system, Max can develop new parts and weapons. It can also be upgraded to have a voice box, and it will commentate during combat. 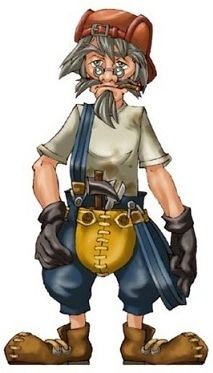 The eponymous owner of Cedric's Maintenance Shop in Palm Brinks, and Max's mentor when it comes to mechanics. He accompanies Max on his quest, but plays a fairly passive role after the end of the first chapter. He built the Ridepod and is able to refuel it and assist Max with upgrading it.

A pair of railroad engineers from Palm Brinks who drive and maintain the train, the Blackstone One. 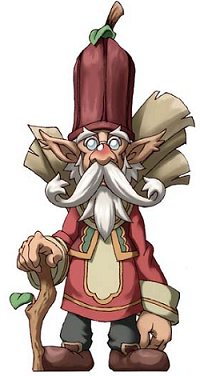 The leader of the Firbits living in Sindain. After Max and Monica help the Firbits, he'll offer them use of the Carpenterion and he'll hang out in the back of the train, selling Georama parts. 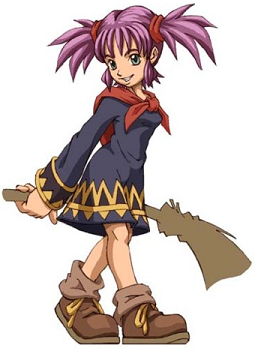 "I was saved just by having you with me."
Voiced by Kim Mai Guest 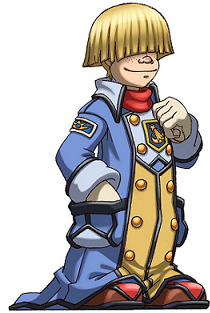 "I know what you're thinking. 'What's a kid doing in a place like this?' Right?"'
Voiced by Ryan O'Donohue (English).

The head researcher in the Lunatic Wisdom Laboratories. 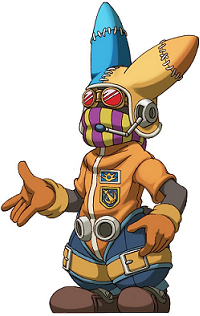 "Get ready. To ten-thousand years in the past!"
Voiced by Michael Bell (English).

One of the top researchers in the Lunatic Wisdom Laboratories. 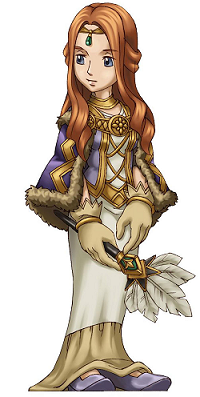 Max's mother and a prominent figure in the rebellion against Griffon.

A crazed circus ringmaster, and one of Emperor Griffon's servants. 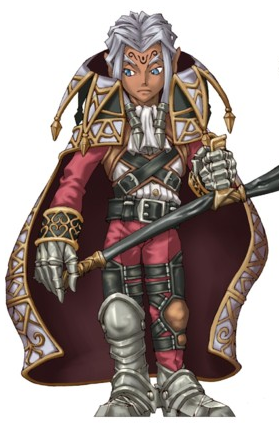 "All there is to see in the future is darkness and despair."
Voiced by Rino Romano (English).

A recurring servant of Emperor Griffon's and the final boss of Heim Rada. 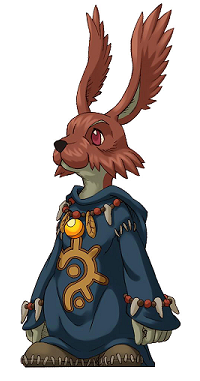 "The one you would call Emperor Griffon, the ruler of darkness! That is me."
Voiced by Kath Soucie (English) and Mark Hamill (English).

A mysterious figure that's threatening all human life, past and future.

The Sheriff of Palm Brinks.

The man that maintains the church in Palm Brinks.

A girl residing in Palm Brinks that has you play hide-and-seek with her.

An anthropomorphic duck with a medical degree.

An old friend of Max's that spends his time in the Underground Channel, and knows a few things about getting scoops with a camera. He can bypass locks and sell repair powders.

Firbit boy that loves to fish.

The chef at Max's house. He can cook chicken and sell recovery items.

The gardener that maintains Max's house. He sells Georama parts and allows Max and Monica's weapons to deal extra damage to plant monsters.

Parn's girlfriend/wife. She can charm enemies and sell armbands.

A girl from Palm Brinks. She complains of an illness that's beyond even Dr. Dell.

The owner of the Palm Brinks weapon shop.

The mayor of Palm Brinks.

An artist living in Palm Brinks. He sells paint, and can help Max and Monica escape from un-cleared dungeon floors.

Little rabbit with a Shigura orphan for a pet.

The owner of the Palm Brinks bakery. She makes bread.

An elderly lady with an unknown relationship to Max.

A strange little figure that feels connected to the moon and is wary of humans.

Max's butler. He sells shoes and heals Max and Monica if they've been in a dungeon floor longer than three minutes.