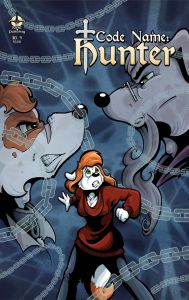 In a parallel world with Furries but no humans, an age old barrier in London designed to prevent magic entering the world had been broken by German bombing in World War II and a secret British Government Agency develops around it to police the magic and maintain the Masquerade. Focuses on two agents, Hunter and Gypsy.

The Royal Centre for Special Investigations has the difficult task of protecting Britain from loose magic. There's only one problem: England doesn't have any powerful, trained mages.

Also available as downloads and in dead-tree format.

Appears to be on hiatus. What's more, at least a few chapters are missing from the site, with the story currently cutting off shortly before the final confrontation with Gavin.