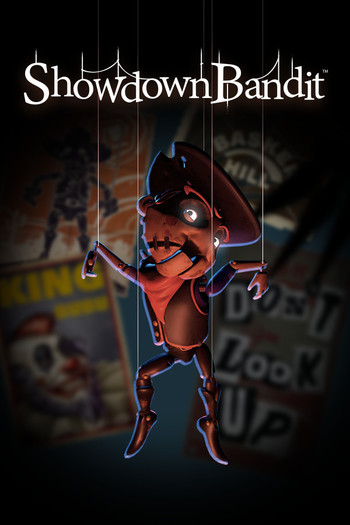 For years, The Showdown Bandit Show delighted kids of all ages. But that was a long time ago. The show was canceled and its puppets and sets were left to rot. Sometime later, Showdown Bandit awakens in the abandoned film studio to find his co-stars have become nightmarish monsters. The Bandit sets out to uncover the answer to the biggest question of all... who is really pulling the strings?

is an episodic "top-down, stealth-action horror game" developed by Kindly Beast, with episode one released on September 17, 2019 for PC through Steam. Sadly, due to poor sales, they stopped working on future chapters.