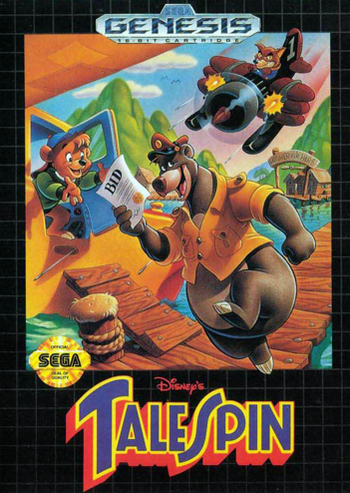 A Licensed Game based on TaleSpin for the Sega Genesis, released by Sega in 1992. It was later ported to the Game Gear in 1993, with a few alterations.
Advertisement:

The game is a cross between a 2D sidescroller and a Shoot 'Em Up for up to two players, playing as either Baloo or Kit Cloudkicker. The goal of each level is to find at least ten cargo crates in order to unlock the exit.