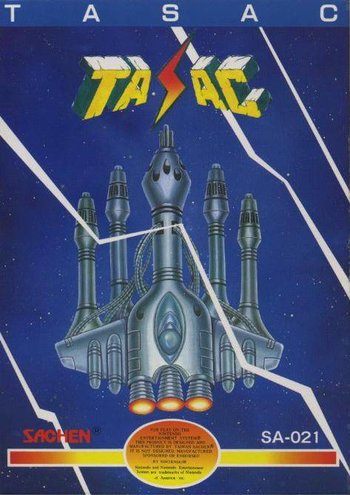 Tasac is an unlicensed video game created by Thin Chen Enterprises for the Nintendo Entertainment System in 1992. It's a generic vertical shooter with no story... at least in game. The Engrish game box explains that in 20XX humans must defeat alien bionic mutants called TASAC to save Earth.