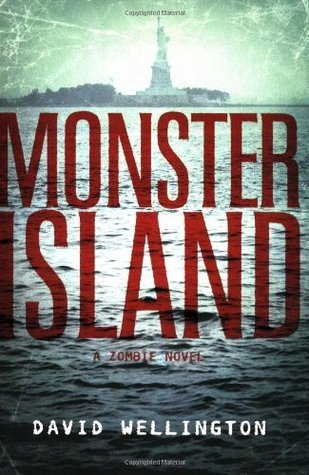 A zombie trilogy by David Wellington, originally available as online serials and now in print. Can still be read for free here

Once upon a time, there was a United Nations weapons inspector named Dekalb who one day found himself imprisoned, along with his young daughter, Sarah, by a Somali warlord. In exchange for his daughter's safety, he agrees to go on a mission to New York City to retrieve AIDS medication for the ailing warlord, along with her soldiers... who also happen to be teenage girls. Oh, and the entire world has also been engulfed by a zombie plague of unknown origins, so there's that. Along the way, they meet Gary Fleck, (not quite) MD, a man who found a way to retain intelligence as a zombie, who tags along for... a while. Now it's simply a matter of getting to the UN building and not getting eaten.

Hordes of flesh eating monsters, an ineffectual government worker, a small army of child soldiers, and a zombie doctor: naturally, everything will work out just fine.