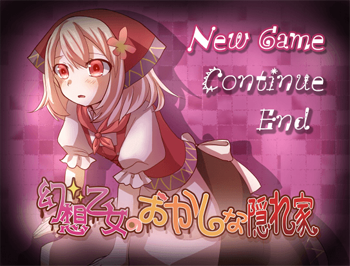 Fantasy Maiden's Odd Hideout is a freeware horror game by Nubarin and Nanashi no Chiyo of Buriki Clock, who previously created Cloé's Requiem. Ange and Bernd head into the forest outside of their village to go hunting, but after getting lost, decide to visit an old house they used to play in as children. They decide to spend the night and try to get back to town in the morning, only to find that they are trapped inside. The two must then escape- but as the days pass by, the cute house and its inhabitants become darker, more twisted, and it becomes clear that someone wants Ange dead...

The game was translated into English by Tosiaki7.