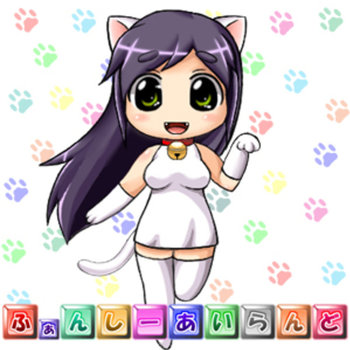 Fancy Island, also known as Lomando.com, is a browser Point And Click exploration horror game disguised as a kids' game. You play as a Cat Girl called Mimi, who enters the titular Fancy Island, a fantasy space where she must solve puzzles and fight monsters, and is told by the cat spirit that she must reach the gallery to win.

As soon as she gets in though, the game takes a horrifying turn as the nightmarish monsters appear. To progress, you must click your way through the maze-like website, battling the sinister forces of the Pieyama God.