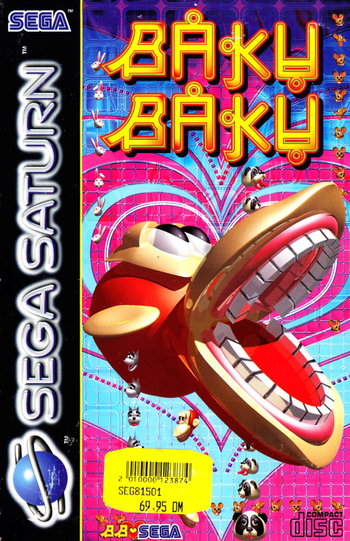 Baku Baku Animal: World Zookeeper Contest is Stock Animal Diets, the Falling Blocks competitive puzzle arcade game, created by Sega in 1995 for arcades. It was later ported to the Sega Saturn, Sega Master System, Game Gear, and Microsoft Windows the following year, along with a Mobile version in 2002. The gameplay apparently maps to taking care of animals really well so you, as Polly or Gon, can become the Royal Zookeeper for the Princess.

As a competitive puzzle game, the game bears similarities to the Puyo Puyo series of puzzle games, which Sega would eventually acquire the rights to.