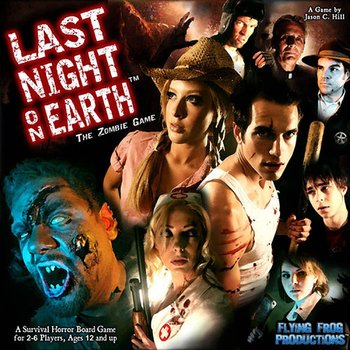 Last Night on Earth is a zombie-themed modular Adventure Board Game created by Flying Frog Productions in which players are split into two groups: Heroes and Zombies. The game objective changes based on which of several different given scenarios has been selected for play. The game takes great care in its thematic elements to achieve the look and feel of a zombie movie, causing the game to exhibit some of the most classic horror movie tropes.

This board game contains examples of: