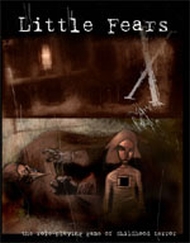 Every year many children go missing. Some return home safe and sound. Some are discovered in shallow graves. Many are simply never seen again. It is not just the work of separate sickos; something far more evil is at work...

There is a place called "Closetland" where all monsters and fear originate. These monsters have one main purpose: destroy the innocence of children. The monsters may do this directly or influence humans to harm children for them. Worst of all is how it is mostly only children ages six to twelve or thirteen who can even percieve the denizens of Closetland; the majority of adults lack the innocence needed to see them, although some insane or mentally impared adults can still see the monsters. In short, adults are of limited defense against Closetland, so it is up to the children themselves. Luckily, there is still hope; children have the power of belief and faith on their side. Favorite toys become powerful weapons in the right hands, and simple prayers become wards of protection. Closetland is clever and ruthless though; battles can be won against it, but the war is never over.

Little Fears: The Game of Childhood Terror is a tabletop RPG created in 2001 by Jason L. Blair of Key 20 Publishing. After years of being out of print after a limited run, a new game line, Little Fears: Nightmare Edition came out in late 2009. You can see the official site

A revised and updated version of the original game, titled Happy Birthday, Little Fears was released to celebrate the 10th anniversary.