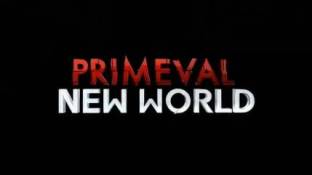 Primeval: New World is the Canadian Spin-Off of the original Primeval show. The series aired on Space Channel in late October of 2012, but was later aired on Syfy in 2013, as well as Hulu. Like the original series, New World centers around a group of scientists protecting the public from prehistoric beasts that were teleported into modern times via anomalies. Unlike the original series, the show takes place in Canada, there's an entirely new cast (although Connor does have a cameo), and most of the creatures the team deals with only come from the past, not the past and the future.

Due to low ratings, the series was cancelled after its first season in 2013.

Now we've covered the whole damn world in razor wire, so where are… Where are the animals supposed to go?