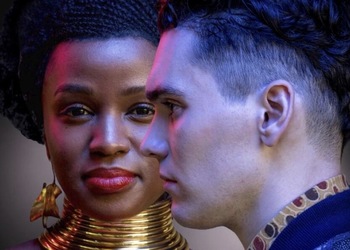 A 2020-2022 BBC television adaptation of the first novel in the Noughts & Crosses book series by Malorie Blackman, starring Masali Baduza as Sephy Hadley and Jack Rowan as Callum McGregor.