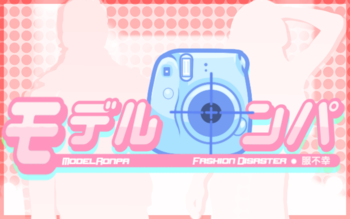 "Try your hardest, not just for the cameras, but for the world. Walk the runway like your life depends on it!"

Welcome, Beautiful SHSL students! The twenty of you have been chosen to model for the annual edition of HP’s Most Excellent, a well-renowned magazine featuring Hope’s Peak’s brightest, most outstanding, most conventionally attractive and definitely most photogenic students of the year!

Now turn, strike a pose, and get ready for your close-up, because this year’s issue will surely slay the masses!

is a submission-based Danganronpa roleplay group hosted over Discord and Tumblr. Twenty of the most conventionally attractive and photogenic students in Hope’s Peak are offered a position to model for the latest edition of HP’s Most Excellent, a magazine that showcases SHSL students and their achievements over the past year. Their food, housing, and other necessities will be provided for the three weeks the students spend modelling for the the magazine, and they will be paid handsomely after the shoots are complete.

That is, or so they were told.

Upon arrival, the unsuspecting students find out that the invitation has been a glamourous lie, and are forced into a good old-fashioned killing game! Thusly, the 20 students are locked inside of the Modelling agency building, and forced to kill each other in order to escape! Can they survive together against all odds? Or will the competition drive some to pay the ultimate price?

If beauty is pain, then prepare to hurt.

The stylish tropes in this stylish roleplay include: