Referenced By / The Grateful Dead 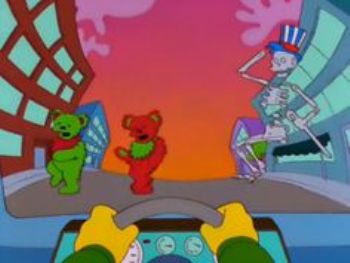 A list of references, parodies, shout-outs, homages,... to The Grateful Dead.