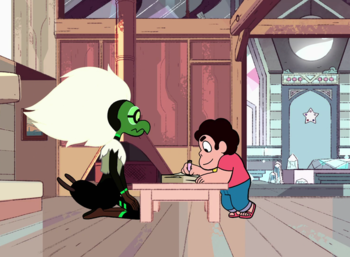 Steven teaches Centipeetle to draw.
When Steven regains his healing powers, he uses it on Centipeetle, and learns more about her past.