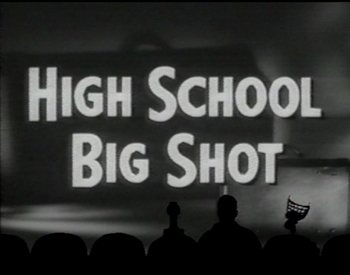 Film watched: High School Big Shot with the short Out of This World