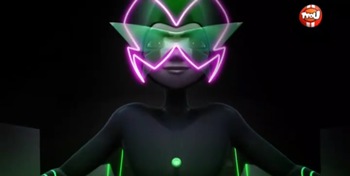 Adrien is competing in a game competition, and Marinette wants to be his partner. She defeats the current champion, Max, without breaking a sweat. Hawk Moth proceeds to corrupt him to become the Gamer and enact revenge on Marinette.