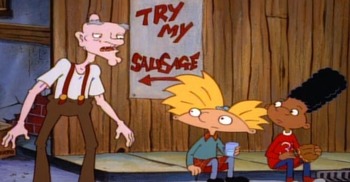 The sign "Try My Sausage"
Hey Arnold! is well known for handling more mature themes despite its Y7 rating, so don't be to surprised with what you see.