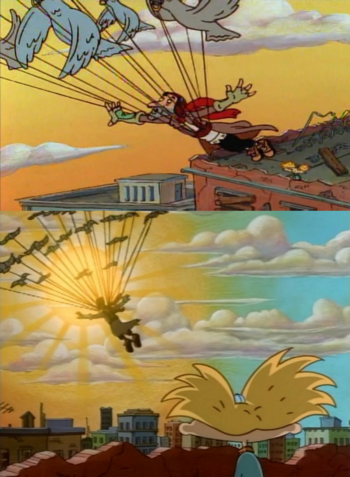 "Remember, Arnold, always wash your berries before you eat them. And fly towards the sun."
Advertisement: