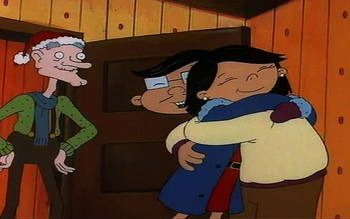 Hey Arnold is one of the more emotionally touching kids cartoons ever made. That means a lot since there are more heartwarming moments than Tear Jerker moments.