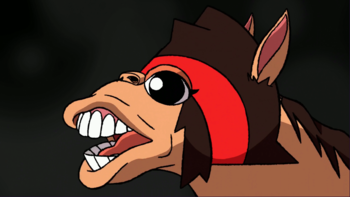 Though most parts of this show are pretty lighthearted, there are some parts of OK K.O. Let's Be Heroes that are not.

"Do You Have Any More in the Back?"

"Just Be a Pebble"

Let's Not Be Skeletons

Let's Fight To The End