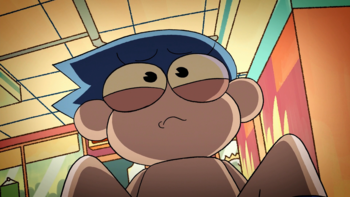 open/close all folders
Season One
"Let's Be Heroes"

"My Dad Can Beat Up Your Dad"

"You Have to Care"

"The Power is Yours"

"Back in Red Action"

"Your World Is An Illusion"

Point to the Plaza

Red Action to the Future

All in the Villainy

Let's Fight To The End

Thank You for Watching the Show