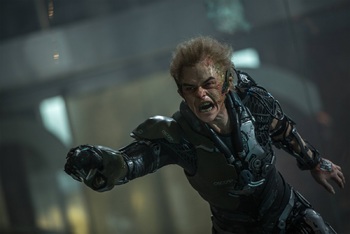 In hindsight, maybe the Power Rangers cosplay wasn't that bad.