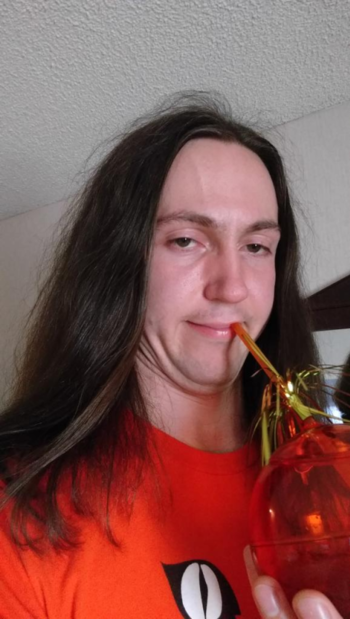 "I'm not gonna give up on my pursuit to become an autist."
"You should just enjoy the movie by ignoring parts of the movie."
— Adam, paraphrasing the standard fan response to his brand of analyzing.
Advertisement:

For added effect, listen to this playlist

Adam Johnston, a Canadian cinephile and musician from Vancouver, runs YourMovieSucks, a movie review show. He's known for his nasal and snarky delivery, inquisitive demeanor of explanations, use of a weird soundtrack and altered images to create a psychedelic experience over sardonic comments, and lack of taped material or a narrative/character of any kind.

As for that musician part, he also runs an alt-rock band known as An Unkindness, which had a few songs of theirs featured on Rock Band and one of their songs ("Fragments") covered by Blondie. The band has currently put out 4 projects: 2 EPs (4 Songs, The Present), a compilation (Low-Budget Randoms), and a full-length album (10 Years), the latter-most being released after a healthy amount of postponing and rescheduling. The band's full discography is accessible on Bandcamp

, and several works are also available on streaming.

Example of:
Chain of Deals