Music / This Is America 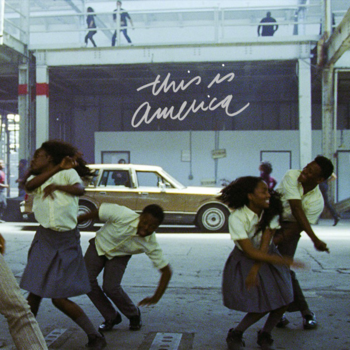 This Is America is a 2018 music video and song by Childish Gambino, most famous for being a satirical and critical look at the United States of the time, and in particular reflecting black rights and black history in the US and their intersections worldwide.

The song itself is an interesting combination of trap and Hip-Hop, but largely viewed as less significant than the music video, with some interpretations ruling that the chorus of the song was made deliberately simple but still set to a Southern Rap beat to keep people dancing as commentary on the deteriorating state of music as well as the basic elements of black music being sampled in many other genres and styles of music where it may be made more popular.

And that's probably the shallowest level of interpretation applied to the video.

It was Gambino's first top ten song, and in fact reached #1 in all Anglophone countries it was released in except for the UK (#6) and Ireland (#2).