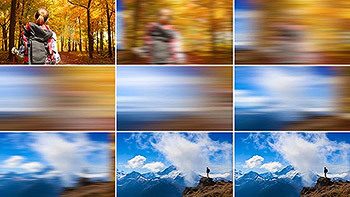 The Whip Pan is the act of panning the camera very rapidly from one subject to another, frequently blurring the images in between the subjects.

Used frequently in the more frenetic class of cartoon, in which it is exclusively referred to as "zip pan." Bonus points if it's accompanied by a "whoosh" sound effect or even an actual whip crack.

Used occasionally in live-action media to disguise a cut. This can be used to maintain the illusion of The Oner, or occasionally to make two scenes shot in completely different places seem like they're both in one setting.

Not to be confused with a kitchen utensil used by dominatrices.