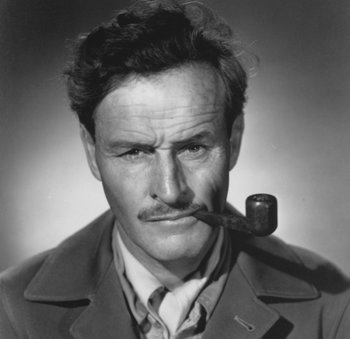 William Augustus Wellman (February 29, 1896 – December 9, 1975) was a prolific film director in The Golden Age of Hollywood whose career spanned over thirty years from the 1920s to the 1950s, flawlessly moving from silent movies to the talkies.

He was a World War I fighter pilot, earning the nickname "Wild Bill", and would continue to fly throughout his life. He started his Hollywood career as an actor, but did not feel it was right for him. In a stroke of luck, he ended up taking control of a film for a few days when the director was unable to be there. The producers saw a noticeable increase in quality for the footage and he was hired to take on other projects.

He soon became well known for producing very high quality films at a breakneck pace. Wings was a perfect match and much of the footage was filmed for real, supposedly they would wait until they had the right cloud coverage before they would film. It ended up winning the very first Academy Award for Best Picture. He was very good at making movies, but also stubborn and difficult. He had little patience for self-absorbed actors, but his approach did garner some acting accolades. During The Pre-Code Era, Wellman made 17 films in four years, several of them risque cerime dramas starring Barbara Stanwyck. He took full advantage of the lax censorship in this period to make several shocking films like Heroes for Sale (which deals with a returning WW1 veteran becoming a morphine addict).

A side note: in the early days of making movies with sound the technology was very limited and the sound crew would insist on keeping the actors in one place, limiting the use of pans and tracking shots. Wellman would have none of that and broke a broom handle, lashed a microphone to it and instructed a crew member to walk along just outside of frame, creating the boom mic.

Tropes Associated with William A. Wellman and his work: