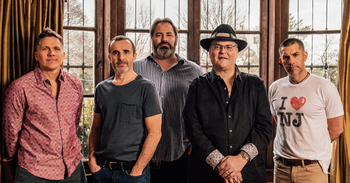 Blues Traveler is a jam band formed in Princeton, New Jersey in 1987 and primarily known for its two 90s hits "Run Around" and "Hook" (both from the album Four) and for the band's lead singer, John Popper, appearing on Roseanne as Dan's best friend.

Principal Members (Founding members in italic, most recent in bold):