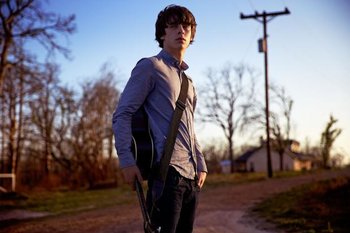 I drink to remember, I smoke to forget
Some things to be proud of, some stuff to regret
— Two Fingers

Jacob Edwin Charles Kennedy (born 28 February 1994), or professionally known as Jake Bugg, is an English musician, singer, and songwriter from Nottingham. He first broke on to the music scene after performing at the 2011 Glastonbury Festival, and was signed to Mercury Records shortly afterward. He has released three albums to date.

Tropes that apply to Jake Bugg: