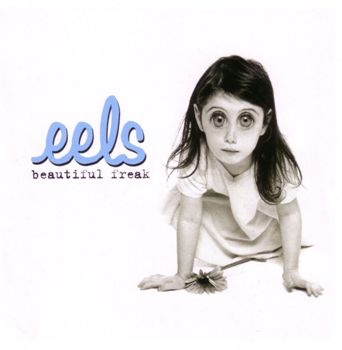 "You're such a beautiful freak/I wish there were more just like you/You're not like all of the others/And that is why I love you..."
Advertisement:

Beautiful Freak is the 1996 debut album by Eels, best known for the audience favorites "Beautiful Freak", "Novocaine For The Soul", "Rags To Rags", "Your Lucky Day In Hell" and "Susan's House".

Novocaine For The Tropes: