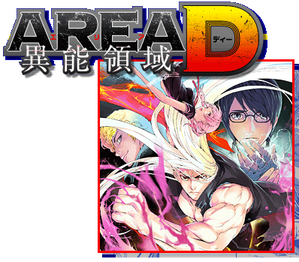 Twelve years ago, the star Antares, the brightest star of the Southern Summer constellation went supernova from over 300 lightyears away, and it took over 300 years for this light to reach the earth. For twelve days, nighttime vanished form the earth and a series of small, isolated disasters struck different areas of the planet. After the disaster passed, things mostly returned to normal.

Now people with strange destructive powers known as Altered appear at random. Due to how potentially dangerous they can be, even without committing any crimes, Altered in Asia are gathered together and shipped off to the special prison island known only as Island D. When mostly Ordinary High-School Student Satoru, who simply has the power to deconstruct things his mother accidentally among them, is taken prisoner and being shipped to the island, he winds up accidentally angering an inmate who was brought in after having used his power to kill many people.

While escaping, a young girl with the ability to phase through walls tells him that the only way for him to survive is for him to use his powers to free Jin, an S-Class prisoner in the highest security area of the prison. At first, Jin is apathetic to his plight, but after Satoru proves that he is still a very compassionate and heartfelt person, Jin decides to befriend him.