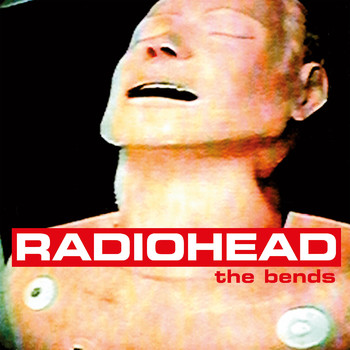 The Bends is the second album released by English Alternative Rock band Radiohead. The album was released in 1995 — at a time when the band needed it most.

While their debut efforts, the 1992 EP Drill and 1993 album Pablo Honey, were decently regarded by critics, they were both met with a general shrug by the masses, who considered its grungy sound derivative of Nirvana at a time when damn near everyone was imitating the reluctant Seattle superstars. Most listeners didn't consider the tracklists of either release particularly memorable save for "Creep", the band's first hit, and indeed this consensus would become more widely adopted with time.

Radiohead's second album, meanwhile, saw a change in direction for the band, its blend of Britpop and Post-Grunge a backdrop for more layered sounds and more fleshed-out, cryptic, and emotionally candid lyrics that set the stage for the band's increasingly abstract and experimental follow-up material.

The Bends saw considerable commercial success, peaking at No. 4 on the UK Albums Chart and No. 22 on the Billboard 200 the following year, going on to become the 55th best-selling album of 1995 and the 43rd best-selling album of 1996 in the UK. The album was also certified quadruple-platinum in the UK, triple-platinum in Canada, platinum in the US, the EU, and New Zealand, and gold in Argentina, Belgium, and the Netherlands. This success would end up paving the way for the even greater heights achieved by OK Computer just two years later.

The Bends was supported by five singles: "My Iron Lung" (officially billed as an EP, but functionally a single), "High and Dry"/"Planet Telex" (released as a double-A-side), "Fake Plastic Trees", "Just", and "Street Spirit (Fade Out)".

Immerse your soul in tropes.

"Immerse your soul in love."