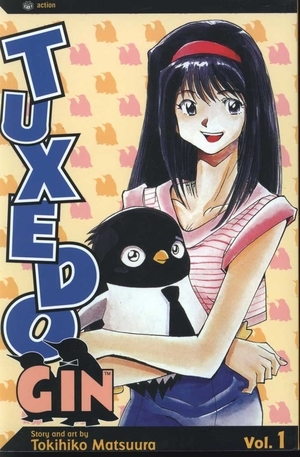 Tuxedo Gin is a manga by Tokihiko Matsuura, which was serialized in Weekly Shonen Sunday from 1997 to 2000 and compiled into 15 volumes. The manga is licensed in English by Viz Media.

The story centers around a teenage boxer named Ginji Kusanagi. At the very start of the series he is killed by a gang of thugs before meeting a girl, named Minako, he planned to go on a date with. Fortunately, (or possibly unfortunately) he manages to get the option of being reincarnated. The only problem is he ends up reincarnated as a penguin, rather than a person.

The only problem being that he must live the life of a penguin until he dies, without committing suicide. Determined to still spend time with Minako, Ginji decides to continue his life as a penguin.

The live action film is currently in Development Hell, since Disney has yet to release it.