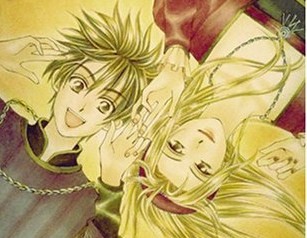 Second year high school student Ito Miura, an enthusiastic tomboy and skilled in martial arts from her family dojo, has a dream of someday becoming a successful actor and is the female Club President of the Drama Club. One day she meets a female transfer student named Makoto Amano, who is Ito's complete opposite in femininity and shares Ito's vision of acting. Together they soon become fast friends.

One day during a visit to Ito's family dojo and home, Ito makes the startling discovery that Makoto is actually a male masquerading as a girl. Makoto, who reveals his actual family name as Narita, explains to Ito that his deception involves an agreement he made with his strict father. He wants Makoto to inherit the Narita family dojo and holds no respect for acting while Makoto, also skilled in martial arts, has no intention of doing this and wishes to pursue a career in acting. Therefore Makoto's father holds Makoto against one condition in order to receive his consent: Makoto must live as a girl and convince everyone as such until his high school graduation. If anyone should discover Makoto's secret he must give up his aspirations to act and accept to run the dojo without protest. Ito agrees to help Makoto by keeping his secret and supporting him in his efforts.

As they learn to depend on each other, they inevitably grow closer. However, there are others who do not wish for Makoto to succeed...