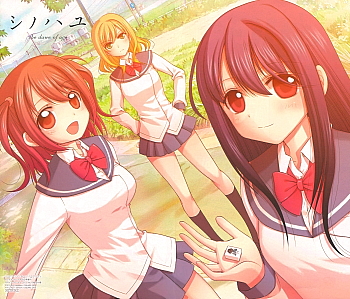 It is the night after the Side A Semifinals of the 71st National Inter-High Mahjong Tournament, and the girls of Achiga Girls' Academy is celebrating their advancement to the finals — their alma mater's highest placing so far in any major tournament. Despite the celebratory mood, their adviser, Harue Akado, excuses herself for a night out with old friends... who happen to be fellow professional players of course, but this is the first time in a long while that Harue herself has seen any of them after becoming adviser, or much more than that, when she quit the game altogether after a disastrous loss at a National semifinals match ten years ago.

Yes, there's a bit of irony in how the "friends" she's spending the evening with are the very same ones she faced at the mahjong table during that fateful match — playing idol Hayari Mizuhara, color commentator Risa Noyori... and Sukoya Kokaji, the same girl who badly defeated Harue into an early retirement and then went on to launch a phenomenal career that saw her placed as high as 2nd on the world rankings, now also a commentator. And while they're all pros nownote (in Harue's case, she just recently announced her entrance into the pro scene for the reason that will be obvious soon), back then, they were just high school students too, all vying against each other for a chance to stand at the top. Much like what the current generation is doing, in fact.

And they were not alone in this.

Among them are Shino Shiratsuki, who has been playing in the hopes of seeing again her mother Nana, who disappeared one day after their first game together with her maternal uncle Kousuke, and Kanna Ishitobi, a no-nonsense girl who treats the sport very seriously and has a grudge against Hayari.

Saki Shinohayu -dawn of age- (咲 -Saki-: シノハユ -dawn of age-) is an ongoing 2013 prequel spinoff of mahjong manga Saki, written by Ritz Kobayashi and illustrated by Aguri Igarashi (of Bamboo Blade fame, who also did the Achiga-hen side-story), this time focusing on the pros, or rather, their teenage years.