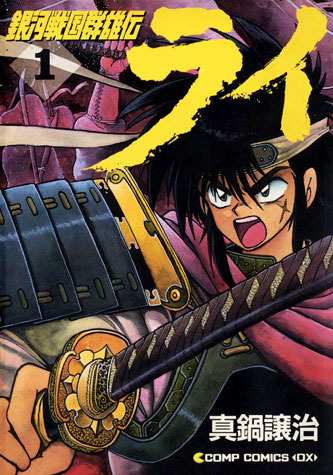 Ginga Sengoku Gunyuuden Rai also known as Galaxy Warring State Chronicles, Galaxy Warrior Rai or Thunder Jet is a space opera the likes of the beloved Space Battleship Yamato but mixing it with themes that evoke Feudal Japan and China.

After the collapse of the Sacred Galaxy Empire, a battle for control of the Milky Way Constellation breaks out among the War Lords. From the chaos of outerspace emerges a young courageous warrior, "THUNDER JET." Rai Ryuuga is a fearless warrior to his foes but to others, he is a gentle soul, dependable and loyal.

Two powerful forces aspire to reign over the entire Galaxy, Danjo Hiki of the Northern Milky Way and Queen Masamune(Mussamney), ruler of the Southern Region.

Rai Ryuuga sees the ensuing battle and ponders the ultimate goal. Is it power and glory these rulers seek or a peaceful Milky Way under one rule? Rai Ryuuga realizes the importance of this battle and the purpose of his destiny. One day Rai Ryuuga will bring peace to the Milky Way.