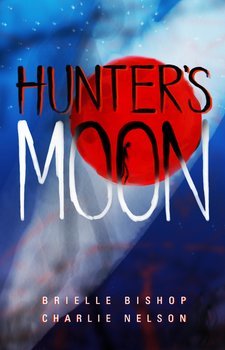 Hunter's Moon is a fantasy novel written by Brielle Bishop and Charlie Nelson for NaNoWriMo 2016, and is currently being published on Archive of Our Own, while simultaneously going through revisions. (Some spoilers might be accidentally unmarked due to authorial forgetfulness... This page will also include tropes and spoilers for later books, until book one is finished.)

The final internship sounded simple enough: go out into the wilderness, kill an eldritch creature that considers two football teams a nice little snack, and come back with untold riches and lifetime bragging rights.

The problem isn't that no one has ever returned. It's that she's not supposed to exist in the first place, let alone embark on a high-profile quest.

As she joins three others for her career-defining moment, she will learn much more than she ever needed - or wanted - to know about her world.

Not to be confused with the Garry Kilworth book Hunter's Moon (1989).