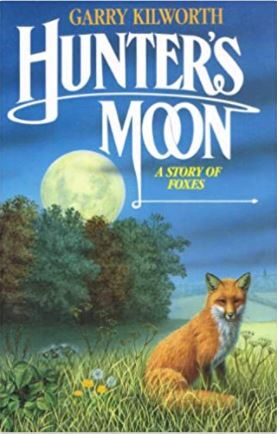 Hunter's Moon, also known as The Foxes Of Firstdark, is a 1989 novel by Garry Kilworth.

The story revolves around red foxes. The protagonists is a vixen named O-ha. O-ha lives with her mate A-ho in the English countryside. After A-ho dies, O-ha must survive on her own without her mate.

Not to be confused with the 2016 book Hunter's Moon.

Alternative Title(s): The Foxes Of Firstdark