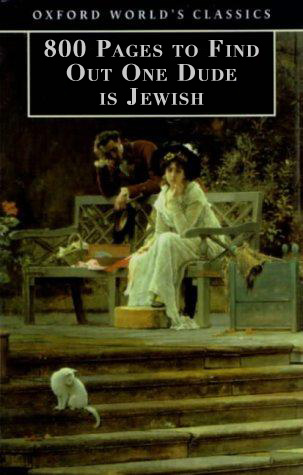 Daniel Deronda (1876), George Eliot's final novel, explores highly unusual territory for Victorian fiction: the title character, raised as a Christian, discovers and embraces his Jewish heritage. The novel has two main plots. In one, Daniel Deronda transforms from a serious but rootless young man, convinced that he is the illegitimate son of his guardian, Sir Hugo Mallinger, into a man of purpose, committed to the welfare of the Jewish people. He is inspired along the way by Mirah Lapidoth, an innocent Jewish singer whom he rescues from an attempted suicide, and by Mordecai, a Jewish mystic. In the other plot, the lovely but chilly (and self-involved) Gwendolen Harleth rescues her family from ruin by marrying the sadistic Mr. Grandcourt—even though she knows perfectly well that Grandcourt has fathered two children with his mistress, Lydia Glasher. As the novel progresses and Gwendolen sinks further and further into despair, she desperately turns to Daniel for moral support.