Franchise / A Song of Ice and Fire
aka: Game Of Thrones 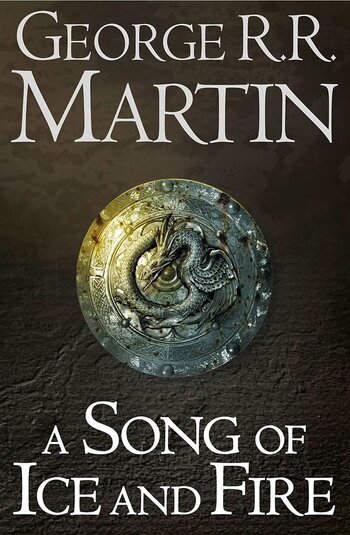 George R. R. Martin's A Song of Ice and Fire is one of the most famous fantasy novel series, with its long sprawling plot, complex characters, and brutal depiction of a medieval society. There are several adaptations, prequels, and spinoffs in multiple media, the most well known by far being Game of Thrones.