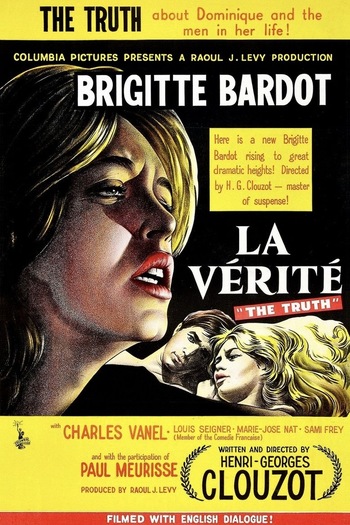 Bardot plays Dominique Marceau, who’s being tried for murdering an ex-lover. Various testimonies reveal her as an irresponsible young woman who moves to Paris with her sister Annie, a promising, serious music student. Dominique starts seeing Annie’s colleague Gilbert, an aspiring maestro, and things go downhill from there.