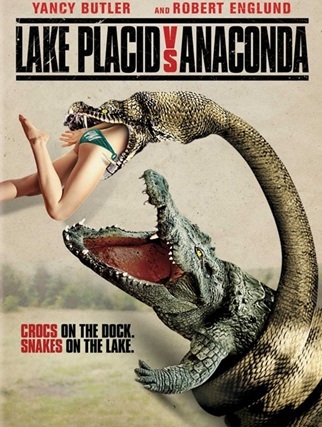 Lake Placid Vs. Anaconda is a 2015 horror movie crossover between Lake Placid and Anaconda), being the fifth entry in both respective franchises. The plot involves a giant anaconda treated with the Blood Orchid serum from the previous films being crossbred with a giant crocodile. When both creatures escape into the local community, it's up to the sheriff and a croc hunter to stop them both before they destroy the entire town. Yancy Butler and Robert Englund reprise their roles from the previous two Lake Placid films and are joined by Corin Nemec, Stephen Billington and Skye Lourie.