Film / Inside The Twin Towers 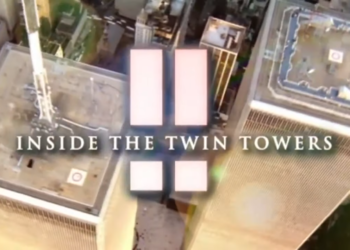 "When the World Trade Center buildings were going up, my dad told me: "When those are finished, we're gonna go up on the top". My dad said: "These buildings will last for a thousand years, they'll be here forever."]]
Al Smith
Advertisement:

Inside The Twin Towersnote Sometimes called "9/11 : The Twin Towers" is a TV Documentary produced by Discovery Channel and the BBC, detailing minute-by-minute what happened inside the Twin Towers of the World Trade Center during the September 11th Attacks. The film follows multiple WTC workers and rescuers from the first impact at 8:46AM up until the collapse of the North Tower at 10:28AM.

It originally aired for the fifth anniversary of the attacks on September 3, 2006, on both the Discovery Channel and BBC One. The documentary is narrated by Harry Pritchett in the US, Terence Stamp in the UK and Jean Reno in France.

of the documentary in English can be found online.

Inside The Twin Towers provides examples of: