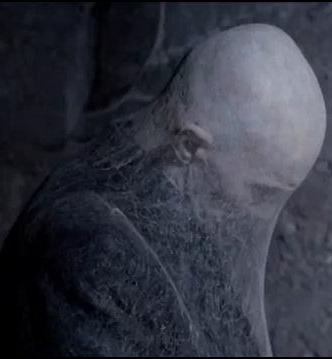 25 years, and he just sat in his cell. And probably ate the spiders that wove that web.
Advertisement:

During an initiation dare in the late sixties, a group of kids held a mock black magic ritual to revive a corpse of a priest named Zachary Malius and, to their horror and dismemberment, find out that the corpse is now the vessel of a murder-happy demon.

Authorities lock Malius up in a madhouse and the town tries its best to forget the whole thing. But 25 years later, another initiation dare is planned and this time it involves of taking a picture of a certain madhouse patient...

No relation to Hell Night.