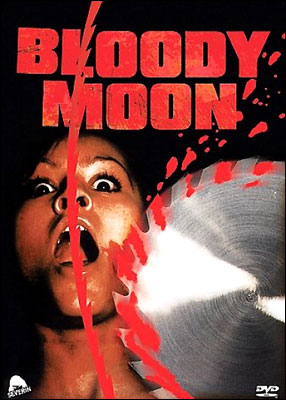 Bloody Moon (aka The Bloody Moon Murders and The Saw of Death) is a Slasher Movie from the year 1981. It was directed by Jess Franco.
Advertisement:

Set in Spain, the film opens with scarred man named Miguel attempting to rape and ultimately killing a woman at a masquerade party. Five years later his sister Manuela picks him up from a mental institute.

We are then introduced to Angela, who has come to the newly opened boarding school to learn Spanish, and soon finds herself in the middle of a bizarre killing spree. Has Miguel relapsed, or is there something else going on?