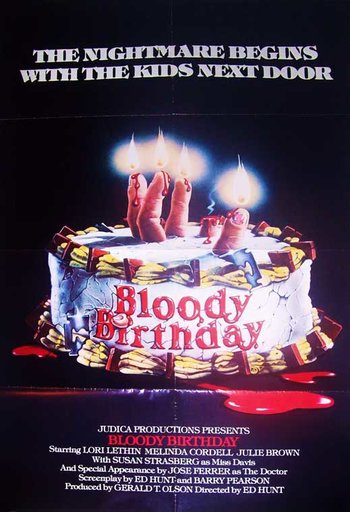 Bloody Birthday is a 1981 slasher horror film about three sociopathic children, Debbie, Curtis, and Steven, born under an eclipse as foretold that anyone born under an eclipse of Saturn would have a personality flaw. Joyce Russel and her brother Timmy must work together to stop their murderous rampage.