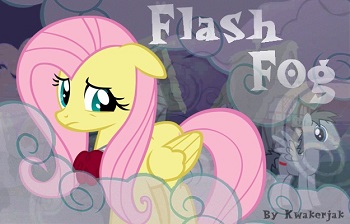 is a completed My Little Pony: Friendship Is Magic fanfic by Kwakerjak

When an industrial accident in Cloudsdale results in a massive release of construction-grade fog, the Weather Department calls upon its certified fog specialists to handle the disaster response. Sadly, none of the experienced specialists are available, so the job falls to Fluttershy, who has no experience and only earned the certification to get a tax write-off. Now, with the fog threatening Ponyville, she will have to step up to the task of supervising ponies...or face the wrath of the Equestrian Revenue Service.