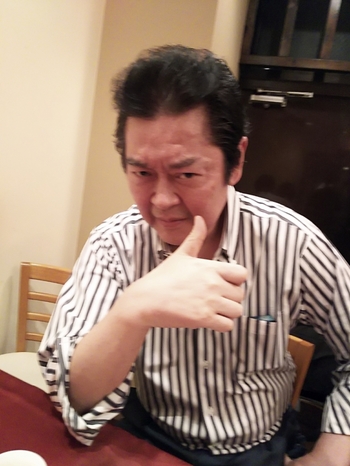 Toshiki Inoue was born in Saitama, Japan in 1959. He's the son of the man who wrote the script for the original Kamen Rider, Masaru Igami. He is well known for writing anime and Tokusatsu. He gained some bad reputation among the fandom from being part of executive-mandated retool of Kamen Rider Hibiki.

No relation to Masahiro Inoue, the actor who portrayed Tsukasa Kadoya in Kamen Rider Decade.

Compare with Frank Miller for a similar writer who does Darker and Edgier takes on established properties.

His involvement in certain works include:

Tropes associated with his writing style: