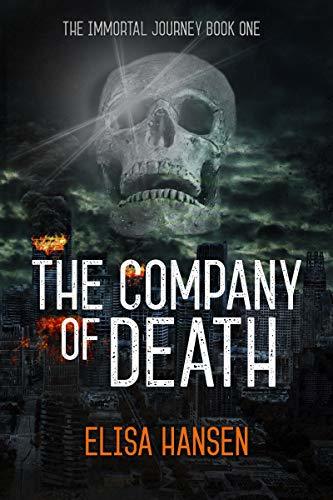 Death ain't what it used to be…
"Killing something undead wasn't like killing a real person."
—The opening line, which eventually takes a whole new meaning.
Advertisement:

In an unspecified future, two years have passed since a mysterious incident called the Ecuador Explosion, which resulted in 99% of the human population turning into zombies. Emily Campbell, along with other survivors in what used to be California, spends her days between the elimination of zombies that now swarm the cities and trying to destroy communes of vampires (said vampires revealed themselves to the world as it was ending and frequently recruit humans as slaves they can feed on in exchange for "protection").

But not all of those missions go right. One, in fact, goes horribly wrong, in which Emily is bitten by a zombie… But something else goes wrong: while her body becomes zombified − making people obviously wary of her − her mind remains entirely human. A case on which Death himself − who is an actual, sentient being − is stumped. And Death has issues of his own: for some reason he also lost his horse, his scythe and most of his powers, and the cycle of life and death has been thrown off balance by the new dominance of the undead. His and Emily's only hope seems to be a cure presumably developed in Manhattan, last bastion of human life where the Life Preservation Initiative (LPI), which Emily is a member of, has its headquarters. These two non-human beings whose ways of thinking don't quite align will have to form an uncanny alliance and travel across the continent to restore the rule of life… and death.

But they aren't they only ones aiming for Manhattan: Leif, a rogue vampire at odds with his brethren, and Scott, a human accompanied by a sentient gynoid named Carol, also pursue their own goals there. The paths of those three parties will cross and mingle in a strange, dark sci-fi fantasy adventure.

The Immortal Journey is a trilogy of books by Elisa Hansennote Better known to some as the Maven of the Eventide, host of the Vampire Reviews, The Company of Death being its first entry, published in January 2019. While the book starts as your classic Zombie Apocalypse horror story, the tone eventually switches to a more fantastical and whimsical story, filled with deadpan banter and quirky characters, while keeping a sense of tension and drama.

Tropes featured in The Company of Death

Alternative Title(s): The Company Of Death